The Cauldrons of War Beta is now open!

Cauldrons of War Barbarossa is a turn-based strategic wargame.

From June 1941 until the Battle of Moscow, play the USSR or the Axis forces in one of the largest and bloodiest operations in history.

That was the summary, now I want to explain to you as an author what I wanted to do with this game:

"My intention was to make a very historic Wargame which would be the ideal game to launch when you want your WWII shoot
without wanting to launch one of your usual games that last for weeks.

I was also tired of the hexagons and "regions", I wanted to test a new system based on operations.
The result is more historic, simpler and faster.

I also wanted the gameplay to be very different for the German and the Soviet,
and I think you will see by playing that each side has its own particular feeling.

What I can promise you is that you have never played a wargame like this before and that like playtesters,
you'll want to come back to it often. 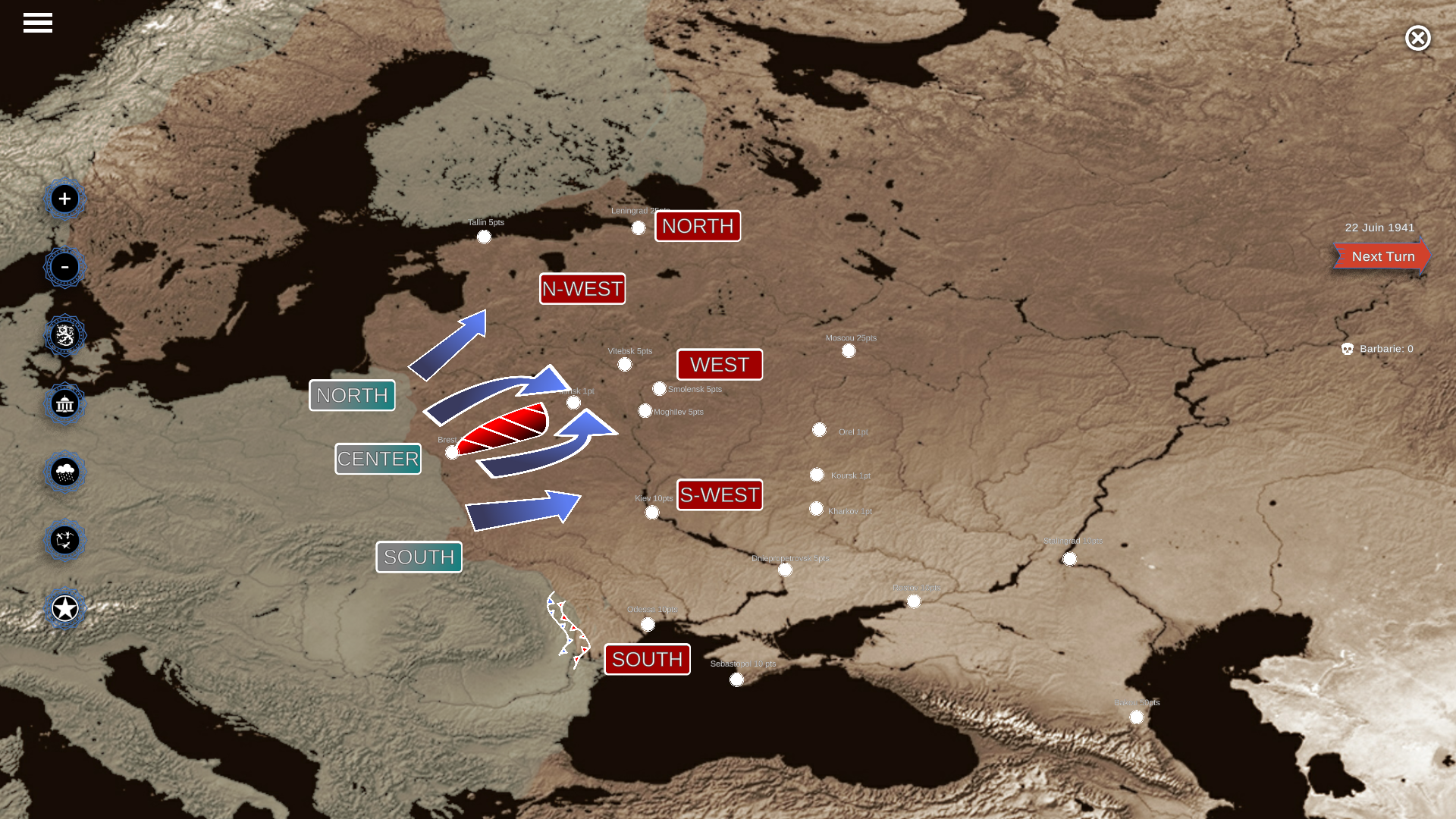 PS: I hold the hotline on the Discord of the game, do not hesitate to come and discuss about it